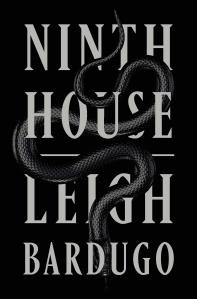 Galaxy “Alex” Stern is the most unlikely member of Yale’s freshman class. Raised in the Los Angeles hinterlands by a hippie mom, Alex dropped out of school early and into a world of shady drug dealer boyfriends, dead-end jobs, and much, much worse. By age twenty, in fact, she is the sole survivor of a horrific, unsolved multiple homicide. Some might say she’s thrown her life away. But at her hospital bed, Alex is offered a second chance: to attend one of the world’s most elite universities on a full ride. What’s the catch, and why her?

Still searching for answers to this herself, Alex arrives in New Haven tasked by her mysterious benefactors with monitoring the activities of Yale’s secret societies. These eight windowless “tombs” are well-known to be haunts of the future rich and powerful, from high-ranking politicos to Wall Street and Hollywood’s biggest players. But their occult activities are revealed to be more sinister and more extraordinary than any paranoid imagination might conceive.

Check out my full review here! 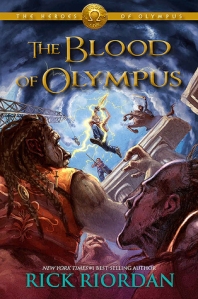 Nico had warned them. Going through the House of Hades would stir the demigods’ worst memories. Their ghosts would become restless. Nico may actually become a ghost if he has to shadow-travel with Reyna and Coach Hedge one more time. But that might be better than the alternative: allowing someone else to die, as Hades foretold.

Jason’s ghost is his mother, who abandoned him when he was little. He may not know how he is going to prove himself as a leader, but he does know that he will not break promises like she did. He will complete his line of the prophecy: To storm or fire the world must fall.

Reyna fears the ghosts of her ancestors, who radiate anger. But she can’t allow them to distract her from getting the Athena Parthenos to Camp Half-Blood before war breaks out between the Romans and Greeks. Will she have enough strength to succeed, especially with a deadly hunter on her trail?

Leo fears that his plan won’t work, that his friends might interfere. But there is no other way. All of them know that one of the Seven has to die in order to defeat Gaea, the Earth Mother.

Piper must learn to give herself over to fear. Only then will she be able to do her part at the end: utter a single word.

Heroes, gods, and monsters all have a role to play in the climactic fulfillment of the prophecy in The Blood of Olympus, the electrifying finale of the best-selling Heroes of Olympus series. 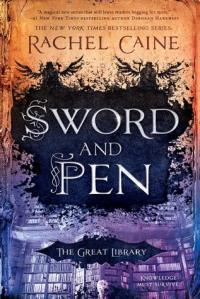 With the future of the Great Library in doubt, the unforgettable characters from Ink and Bone must decide if it’s worth saving in this thrilling adventure in the New York Times bestselling series. 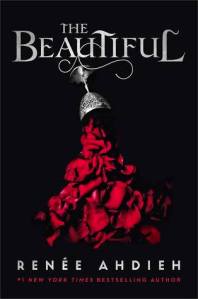 In 1872, New Orleans is a city ruled by the dead. But to seventeen-year-old Celine Rousseau, New Orleans provides her a refuge after she’s forced to flee her life as a dressmaker in Paris. Taken in by the sisters of the Ursuline convent along with six other girls, Celine quickly becomes enamored with the vibrant city from the music to the food to the soirées and—especially—to the danger. She soon becomes embroiled in the city’s glitzy underworld, known as La Cour des Lions, after catching the eye of the group’s leader, the enigmatic Sébastien Saint Germain. When the body of one of the girls from the convent is found in the lair of La Cour des Lions, Celine battles her attraction to him and suspicions about Sébastien’s guilt along with the shame of her own horrible secret.

When more bodies are discovered, each crime more gruesome than the last, Celine and New Orleans become gripped by the terror of a serial killer on the loose—one Celine is sure has set her in his sights . . . and who may even be the young man who has stolen her heart. As the murders continue to go unsolved, Celine takes matters into her own hands and soon uncovers something even more shocking: an age-old feud from the darkest creatures of the underworld reveals a truth about Celine she always suspected simmered just beneath the surface.

At once a sultry romance and a thrilling murder mystery, master storyteller Renée Ahdieh embarks on her most potent fantasy series yet: The Beautiful.