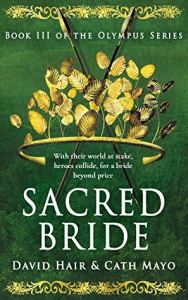 Prince Odysseus and the daemon Bria must penetrate the haunted caverns beneath Dodona, seeking a way to save their doomed nation, Achaea, from the might of Troy.

The startling revelation that follows will set Odysseus on his most daunting mission yet, as he seeks to reunite the divided Achaean kingdoms before the rapacious Trojans strike. His journey will pit him against wrathful gods and legendary heroes, in a deadly contest for the hand of Helen of Sparta, the daughter of Zeus, upon whose choice the fate of Achaea rests…

A must read for fans of Greek mythology, this series continues to be a refreshing and unique take on the events surrounding the Trojan war, and I have my fingers crossed for a sequel. Highly recommended!
Check out my full review here! 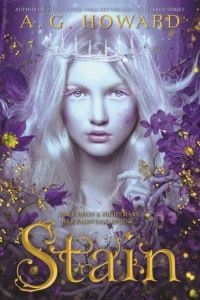 After Lyra—a princess incapable of speech or sound—is cast out of her kingdom of daylight by her wicked aunt, a witch saves her life, steals her memories, and raises her in an enchanted forest . . . disguised as a boy known only as Stain. Meanwhile, in Lyra’s rival kingdom, the prince of thorns and night is dying, and the only way for him to break his curse is to wed the princess of daylight—for she is his true equal. As Lyra finds her way back to her identity, an imposter princess prepares to steal her betrothed prince and her crown. To win back her kingdom, save the prince, and make peace with the land of the night, Lyra must be loud enough to be heard without a voice, and strong enough to pass a series of tests—ultimately proving she’s everything a traditional princess is not.

A Heart So Fierce And Broken (Cursebreakers #2) – Brigid Kemmerer (ARC) 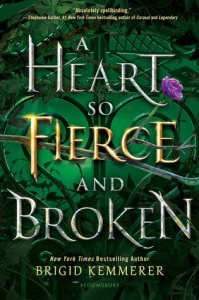 Find the heir, win the crown.
The curse is finally broken, but Prince Rhen of Emberfall faces darker troubles still. Rumors circulate that he is not the true heir and that forbidden magic has been unleashed in Emberfall. Although Rhen has Harper by his side, his guardsman Grey is missing, leaving more questions than answers.