Hello, readers! Hope everyone had a great long weekend! Warmer weather is (hopefully) just around the corner, and though it looks like we’ll all be stuck indoors for quite some time yet, atleast there are a lot of great reads to look forward to. Here are my top picks from my summer TBR!

When King Jameson declares his love for Lady Hollis Brite, Hollis is shocked—and thrilled. After all, she’s grown up at Keresken Castle, vying for the king’s attention alongside other daughters of the nobility. Capturing his heart is a dream come true.
But Hollis soon realizes that falling in love with a king and being crowned queen may not be the happily ever after she thought it would be. And when she meets a commoner with the mysterious power to see right into her heart, she finds that the future she really wants is one that she never thought to imagine. 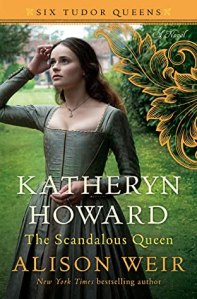 A naive girl, thrust forward by her ambitious family. A pretty girl, who has captured the heart of the King. Katheryn sings, she dances, she delights in the pleasures of being queen. The King tells the world she is his rose without a thorn.

But this young woman has a past of which Henry knows nothing. It comes back increasingly to haunt her, even as she courts danger yet again. For those who gather roses must beware of the thorns.

It is the morning of the reaping that will kick off the 10th annual Hunger Games. In the Capitol, 18-year-old Coriolanus Snow is preparing for his one shot at glory as a mentor in the Games. The once-mighty house of Snow has fallen on hard times, its fate hanging on the slender chance that Coriolanus will be able to out charm, outwit, and outmaneuver his fellow students to mentor the winning tribute.

The odds are against him. He’s been given the humiliating assignment of mentoring the female tribute from District 12, the lowest of the low. Their fates are now completely intertwined – every choice Coriolanus makes could lead to favor or failure, triumph or ruin. Inside the arena, it will be a fight to the death. Outside the arena, Coriolanus starts to feel for his doomed tribute… and must weigh his need to follow the rules against his desire to survive no matter what it takes.

The Archer at Dawn (The Tiger at Midnight #2) – Swati Teerdhala

The Sun Mela is many things: a call for peace, a cause for celebration, and, above all, a deadly competition. For Kunal and Esha, finally working together as rebel spies, it provides the perfect guise to infiltrate King Vardaan’s vicious court.

Kunal will return to his role as dedicated Senap soldier, at the Sun Mela to provide extra security for the palace during the peace summit for the divided nations of Jansa and Dharka. Meanwhile, Esha will use her new role as adviser to Prince Harun to keep a pulse on shifting political parties and seek out allies for their rebel cause. A radical plan is underfoot to rescue Jansa’s long-lost Princess Reha – the key to the stolen throne.

But amid the Mela games and glittering festivities, much more dangerous forces lie in wait. With the rebel Blades’ entry into Vardaan’s court, a match has been lit, and long-held secrets will force Kunal and Esha to reconsider their loyalties—to their country and to each other. Getting into the palace was the easy task; coming out together will be a battle for their lives.

Bookish and the Beast (Once Upon A Con #3) – Ashley Poston

Rosie Thorne is feeling stuck—on her college application essays, in her small town, and on that mysterious General Sond cosplayer she met at ExcelsiCon. Most of all, she’s stuck in her grief over her mother’s death. Her only solace was her late mother’s library of rare Starfield novels, but even that disappeared when they sold it to pay off hospital bills.
On the other hand, Vance Reigns has been Hollywood royalty for as long as he can remember—with all the privilege and scrutiny that entails. When a tabloid scandal catches up to him, he’s forced to hide out somewhere the paparazzi would never expect to find him: Small Town USA. At least there’s a library in the house. Too bad he doesn’t read.

When Rosie and Vance’s paths collide and a rare book is accidentally destroyed, Rosie finds herself working to repay the debt. And while most Starfield superfans would jump at the chance to work in close proximity to the Vance Reigns, Rosie has discovered something about Vance: he’s a jerk, and she can’t stand him. The feeling is mutual.

But as Vance and Rosie begrudgingly get to know each other, their careful masks come off—and they may just find that there’s more risk in shutting each other out than in opening their hearts.

Unravel the Dusk (The Blood of Stars #2) – Elizabeth Lim

Maia Tamarin’s journey to sew the dresses of the sun, the moon and the stars has taken a grievous toll. She returns to a kingdom on the brink of war. The boy she loves is gone, and she is forced to don the dress of the sun and assume the place of the emperor’s bride-to-be to keep the peace.
But the war raging around Maia is nothing compared to the battle within. Ever since she was touched by the demon Bandur, she has been changing . . . glancing in the mirror to see her own eyes glowing red, losing control of her magic, her body, her mind. It’s only a matter of time before Maia loses herself completely, but she will stop at nothing to find Edan, protect her family, and bring lasting peace to her country.

Return to the enchanting world of the Montague siblings in the finale to the New York Times bestselling and Stonewall Honor-winning series, featuring a teenage Adrian Montague as he desperately seeks the now adult Monty and Felicity—the older siblings he never knew he had.

The sole heir to his family’s fortune, Adrian Montague desperately wants to be free—from his father’s high expectations; the grief of losing his beloved mother; and the constant war being waged inside his mind. Adrian was diagnosed with hysteria at a young age and it’s always been kept a secret. But when he has a breakdown at his engagement party, the public learns Adrian’s worst fear: he might not be fit to run the Montague estate.

Thankfully, Adrian is given an opportunity to avoid the impending scandal: a trip to the Caribbean to claim the last of his mother’s possessions. But along the way, Adrian discovers another secret lurking in his family tree. He is actually the youngest of three children—his sister Felicity and brother “Monty” went missing over a decade ago. Now Adrian has the chance to find them and offer to pass the estate back to the rightful heirs.

Adrian expects to win his long-lost brother over with the promise of wealth and inheritance, while dreaming of a quiet life where Adrian doesn’t feel like a burden to anyone. But when Adrian finally tracks him down, Monty refuses to return home. The only thing he can convince Monty of is to accompany him across the ocean as an act of tribute to their mother, hoping that during the voyage he can persuade Monty into taking the weight of inheriting the estate off his shoulders.

When they reach their destination, Adrian and Monty find something hidden in their mother’s belongings—a clue pointing to a valuable artifact that could potentially save the Montague siblings from a curse that threatens their lives. But to retrieve it, they must chase an infamous myth through the wild sugar fields of Barbados to the haunting streets of New Orleans to mysterious uncharted islands off the edge of the map.

FIRST SHE ROARED. THEN SHE RAGED. NOW IT’S TIME FOR HER REIGN.

Aurora Pavan wanted to change her world.
She wanted to protect her people, not because they paid taxes, but because they deserved to live without fear. She wanted Pavan to be a home that welcomed everyone—remnants, stormhunters, and witches included.

For the first time in her life, she did not dread the duty into which she was born. She wanted it.

Then she met him. The Stormlord—the man who wielded the same magic as she, but with the intent to destroy rather than save. The Aurora Pavan who came home from that confrontation was not the same girl that had braved the wildlands and joined a rebellion. She was no longer the girl who was ready to change the world, ready to rule.

But she’s the queen now all the same. And her kingdom needs her.
If only she can keep the new darkness inside her at bay.