In the depths of the Bastille, sixteen-year-old Juliet Pitau sits cold and filthy in her cell. Charged with stealing what has come to be known as the Hope Diamond from King Louis XIV, she has one final chance to convince the King that her motives were pure. If she fails, this night may be her last. Recording her confession is Rene, a scribe for the king and the man she loves. But Rene won’t even look her way, let alone begin to forgive her for her betrayal of him.

Before Juliet was imprisoned, she was the daughter of the finest gem cutter in all of Paris. The young King Louis XIV hand-selected Jean Pitau to be his crown jeweler, the only man who could make him shine like the sun. When Louis purchases the Tavernier Violet, a large, deep-blue diamond the likes of which the French court has never seen, Jean is tasked with turning it brilliant. But Juliet’s father has never cut a diamond quite like this–and shaping it is risky business. While Jean spirals into depression, Juliet takes it upon herself to have the diamond cut for the King. But with every misstep, she brings her family closer to ruin, and closer to probable death at morning’s light once Louis casts his sentence.

The Jewel Thief takes us back in time to 17th century France, to the court of the Sun King, Louis XIV, who has just acquired the diamond called the Tavernier Violet that is today known as the Hope Diamond. This was an engrossing novel that I read in one sitting. While this was largely fictional, it was nevertheless a thrilling read and I would definitely recommend this book for historical fiction fans. Check out my full review here. 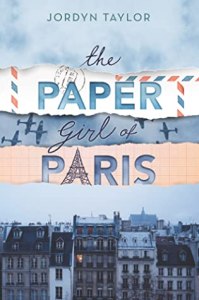 Now:
Sixteen-year-old Alice is spending the summer in Paris, but she isn’t there for pastries and walks along the Seine. When her grandmother passed away two months ago, she left Alice an apartment in France that no one knew existed. An apartment that has been locked for more than seventy years.

Alice is determined to find out why the apartment was abandoned and why her grandmother never once mentioned the family she left behind when she moved to America after World War II. With the help of Paul, a charming Parisian student, she sets out to uncover the truth. However, the more time she spends digging through the mysteries of the past, the more she realizes there are secrets in the present that her family is still refusing to talk about.

Then:
Sixteen-year-old Adalyn doesn’t recognize Paris anymore. Everywhere she looks, there are Nazis, and every day brings a new horror of life under the Occupation. When she meets Luc, the dashing and enigmatic leader of a resistance group, Adalyn feels she finally has a chance to fight back. But keeping up the appearance of being a much-admired socialite while working to undermine the Nazis is more complicated than she could have imagined. As the war goes on, Adalyn finds herself having to make more and more compromises—to her safety, to her reputation, and to her relationships with the people she loves the most. 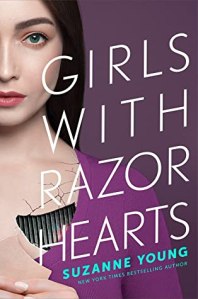 It’s been weeks since Mena and the other girls of Innovations Academy escaped their elite boarding school. Although traumatized by the violence and experimentations that occurred there, Mena quickly discovers that the outside world can be just as unwelcoming and cruel. With no one else to turn to, the girls only have each other – and the revenge-fueled desire to shut down the corporation that imprisoned them.

The girls enroll in Stoneridge Prep, a private school with suspect connections to Innovations, to identify the son of an investor and take down the corporation from the inside. But with pressure from Leandra, who revealed herself to be a double-agent, and Winston Weeks, an academy investor gone rogue, Mena wonders if she and her friends are simply trading one form of control for another. Not to mention the woman who is quite literally invading Mena’s thoughts—a woman with extreme ideas that both frighten and intrigue Mena.

And as the girls fight for freedom from their past—and freedom for the girls still at Innovations—they must also face new questions about their existence…and what it means to be girls with razor hearts.