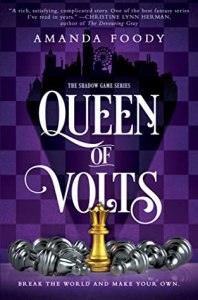 Only days after a corrupt election and brutal street war, one last bloodthirsty game has begun. The players? The twenty-two most powerful, notorious people in New Reynes.

After realizing they have no choice but to play, Enne Scordata and Levi Glaisyer are desperate to forge new alliances and bargain for their safety. But while Levi offers false smiles and an even falser peace to the city’s politicians, Enne must face a world where her true Mizer identity has been revealed…and any misstep could turn deadly.

Meanwhile, a far more dangerous opponent has appeared on the board, one plucked right from the most gruesome legends of New Reynes. As the game takes its final, vicious turn, Levi and Enne must decide once and for all whether to be partners or enemies.

Because in a game for survival, there are only losers…

This series has been a complex puzzle right from the beginning, but it is only in this finale that I truly appreciated how many moving pieces there were and just how long of a game some characters were playing. Queen of Volts was a seriously intense read – painful, angsty, yet satisfying, and a marvellous conclusion to the series. Highly recommended!
Check out my full review here. 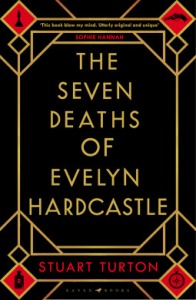 At a gala party thrown by her parents, Evelyn Hardcastle will be killed–again. She’s been murdered hundreds of times, and each day, Aiden Bishop is too late to save her. Doomed to repeat the same day over and over, Aiden’s only escape is to solve Evelyn Hardcastle’s murder and conquer the shadows of an enemy he struggles to even comprehend–but nothing and no one are quite what they seem.

Deeply atmospheric and ingeniously plotted, The Seven Deaths of Evelyn Hardcastle is a highly original debut that will appeal to fans of Kate Atkinson and Agatha Christie. 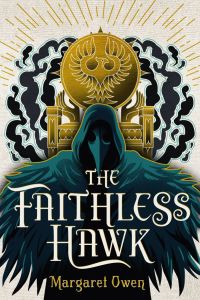 As the new chieftain of the Crows, Fie knows better than to expect a royal to keep his word. Still she?s hopeful that Prince Jasimir will fulfill his oath to protect her fellow Crows. But then black smoke fills the sky, signaling the death of King Surimir and the beginning of Queen Rhusana’s ruthless bid for the throne.

Queen Rhusana wins popular support by waging a brutal campaign against the Crows, blaming them for the poisonous plague that wracks the nation.

A desperate Fie clings onto a prophecy that a long-forgotten god will return and provide a cure to the plague. Fie must team up with old friends? and an old flame? to track down a dead god and save her people.

Follow Worlds Unlike Our Own on WordPress.com
Join 1,367 other followers